The 2020 college football season appears to be hanging by a thread with dominos beginning to fall following an emergency meeting between the Power 5 Conference commissioners held on Sunday.

This morning, the Big Ten became the first Power 5 conference to cancel its season with the Pac-12 not far behind, according to SIÆs Ross Dellenger. On his morning radio show, Dan Patrick reported that the ACC & Big 12 are ōon the fenceö as they mull over their options.

As for the SEC, college footballÆs premier conference, Patrick reported that theyÆre trying to delay the cancellation process while they gauge the interest of other institutions in potentially pushing forward with the season.

While it’s clear that these decisions are being made behind closed doors, players are attempting to use their voices to get the 2020 season back on track through the #WeWantToPlay movement, led by Clemson star QB Trevor Lawrence. The presumed top-pick in the 2021 NFL Draft was the first prominent voice to push back after an SI report sent shockwaves through the CFB world claiming that the sport would ōcome to a complete stopö over the next 72 hours.Ā

LawrenceÆs post outlined his concern, which was shared by many players, that itÆs safer for student-athletes to be with their programs with access to testing & structure rather than being left to care for themselves.Ā

The movement began to evolve throughout the night as student-athletes released a unified plan to form a playerÆs association, similar to what exists in professional sports leagues.Ā

#WeWantToPlay was trending on Twitter for the majority of Sunday night, with players from Mississippi State and Ole Miss joining the cause.Ā

Among the voices calling for the season to go on is Bulldog RB Kylin Hill, who also lent his voice to another major cause in Mississippi this offseason.Ā

LB Erroll Thompson, the leader of the Bulldog defense, also voiced his support for a return to play.Ā

Today is a far cry from FridayÆs optimism following the SECÆs televised reveal of its revised schedule for the 2020 season, but the players are doing their part to bring college football back from the dead.Ā 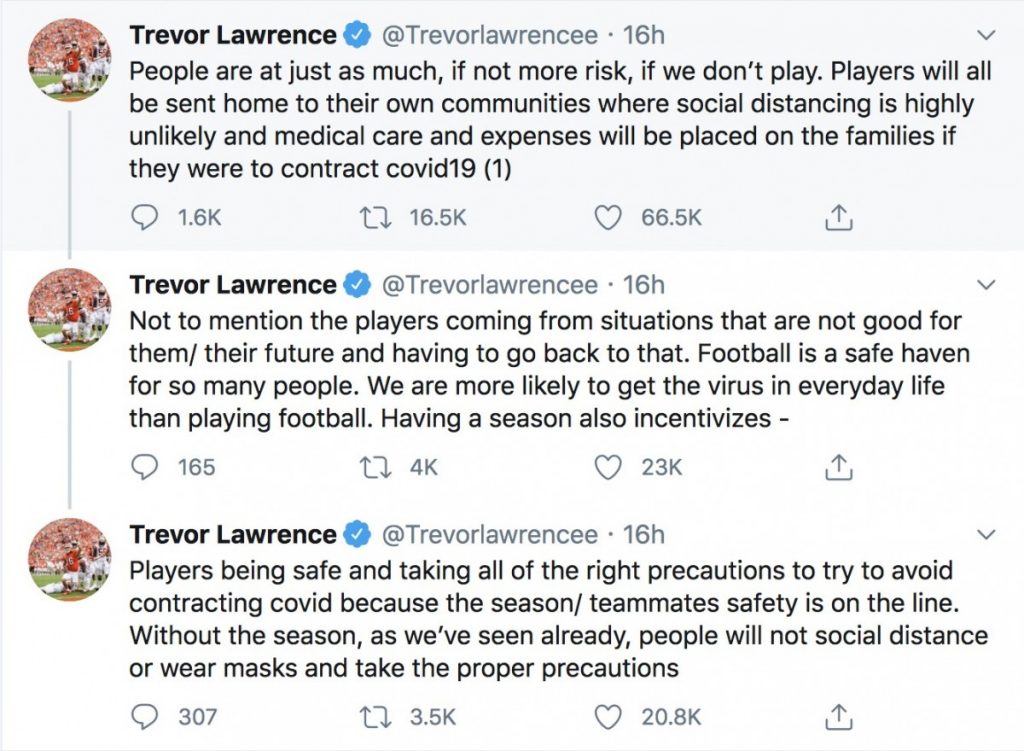