“The reorganization of our Party through the Convention process is an important time for Mississippi Republicans,” said Governor Tate Reeves. “I congratulate all who were chosen to serve as leaders in the Mississippi Republican Party for the next four years and look forward to working with them to continue advancing our Party’s cause throughout Mississippi. I also congratulate Chairman Lucian Smith and Executive Director Marcy Scoggins on a successful convention.”

“Under the leadership of Governor Reeves, the Mississippi Republican Party (MSGOP) is as strong as it has ever been and Mississippi’s future is as bright as ever as a result,” Chairman Lucien Smith said. “Mississippians understand the Republican Party is the only conservative party in our state and nation, so it is no surprise that we have made such huge gains these last several years.  Grassroots leaders are key in the effort to ensure the government bodies in Mississippi—from the courthouse to the statehouse—are run by principled conservatives.”

The National Committeeman and Committeewoman represent the MSGOP to the Republican National Committee and vote for the chair and co-chair of the RNC. They also vote on important RNC business like the national Party Platform, rules, and resolutions. 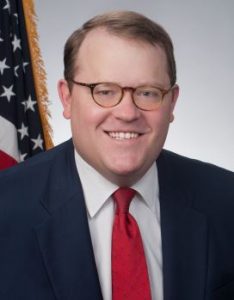