The number of COVID-19 cases in Mississippi has surpassed 50,000.

TodayÆs report of 1,434 new cases brings the stateÆs total up to 51,097. With the confirmation of 17 additional deaths, 1,480 Mississippians have now passed away from the virus.

MississippiÆs 18-29-year-old population has now seen over 11,000 cases, by far the most among any age group. In an effort to limit the spread of COVID-19 among the younger population, Governor Reeves has issued an executive order placing restrictions on bars statewide.

In addition to the limitations on bars, the limit on indoor social gatherings has been reduced to 10 and outdoor gatherings are now limited to 20. 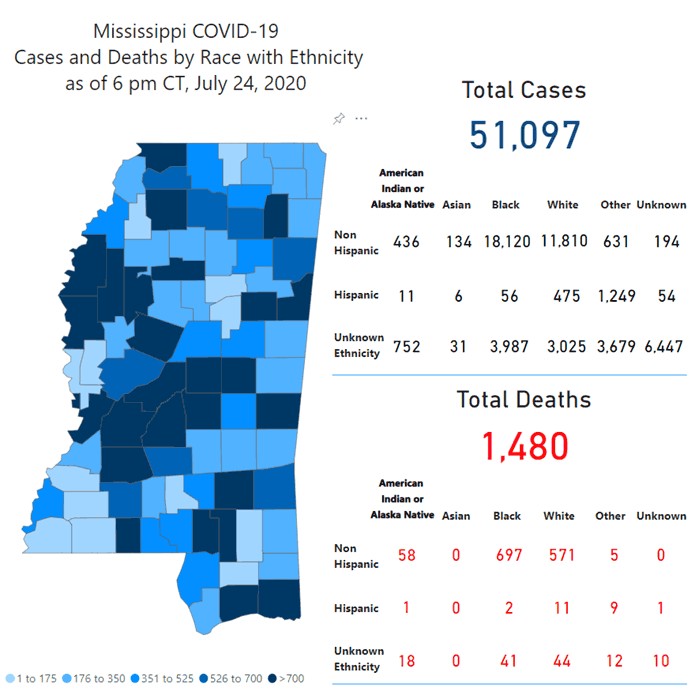