On Monday, Chad Wolf, acting Secretary of the Department of Homeland Security has announced his resignation.

In his resignation letter, Wolf said, “I am saddened to take this step, as it was my intention to serve the Department until the end of this Administration,” Wolf wrote. “Unfortunately this action is warranted by recent events, including the ongoing and meritless court rulings regarding the validity of my authority as Acting Secretary.”

Here is the message I sent to the DHS team today. It has been the honor of a lifetime. pic.twitter.com/NFyIpN7GkZ

“For months we have known Chad Wolf has been serving illegally in his position, so the timing of his resignation from the Department today is questionable. He has chosen to resign during a time of national crisis and when domestic terrorists may be planning additional attacks on our government. Unlike others, he is apparently not leaving the Trump Administration on principle.

“If it is true he is resigning because of recent Federal court decisions, then it is an admission that his policy decisions are indeed invalid. Under this scenario, Ken Cuccinelli must also resign.

“The Trump Administration too often used the Department as a political weapon, left countless senior leadership positions vacant, and let morale suffer. Our homeland security has diminished as a result.  Thankfully, with a new Administration, the 240,000 men and women of the Department of Homeland Security will have much better leadership soon and this dark chapter will be over.”

Just last week, protestors stormed the U.S. Capitol while Congress debated the presidential electoral college results and now there are concerns regarding the inauguration of President-elect Biden.  Monday, Wolf issued the following statement:

“In light of events of the past week and the evolving security landscape leading up to the inauguration and at the recommendation of Secret Service Director James Murray, I have instructed the U.S. Secret Service to begin the National Special Security Event operations for the 2021 Inauguration effective Wednesday, January 13th instead of January 19th. Our federal, state, and local partners will continue to coordinate their plans and position resources for this important event.” 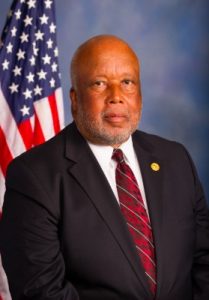