Lawmakers will make a return to the Capitol Monday to pick up where they left off earlier this month and hopefully agree on a budget for the Mississippi Department of Marine Resources (DMR).

The main issue that both House and Senate leaders are running into is who really has the spending authority of the GOMESA (Gulf of Mexico Energy Security Act) funds.  These are the funds derived from oil and gas leasing revenues and split with all five Gulf states.

Back in April, Governor Tate Reeves made the announcement of $51 million being appropriated to Mississippi from GOMESA funds. These dollars must be spent in certain ways, like conservation or environment restoration projects, in Mississippi’s coastal counties which include Hancock, Jackson, and Harrison.

Some House leaders don’t believe the Governor should have the spending authority for the GOMESA funds, even though it has been this way for the last 15 years. Instead, some wanted to fund certain projects which would be included in DMR’s budget.

On the other side of the Capitol, Senate leaders believe the DMR budget should be funded like it always has been, which is allowing the Governor to have the spending authority on the GOMESA funds.

Members from both chambers on the Marine Resource Committee refused to sign any conference report which ultimately led to no budget being passed at all for the Department of Marine Resources.

“During the latest session, the Senate softened their position to allow a legislative advisory committee to recommend the GOMESA projects to the Governor,” Bradley said. “That Senate proposal was ultimately rejected by the House as well, leaving the DMR with no budget again. Keep in mind, the DMR budget bill also contains spending authority for all dollars the agency handles including both state and federal dollars.”

With the population of the Mississippi Gulf Coast nearing 400,000, this has affected many people.

Bailey Martin: How is the lack of funding impacting the DMR? What are they running off of right now?

Bradley: Besides the initial 5-day shutdown in June, and the subsequent furlough of roughly 175 DMR employees, they have since been operating half-heartedly. My sources tell me that since they have no spending authority, it is taking an extra-long time to get authorizations for everyday purchases for things like fuel for DMR boats and trucks. This is leading to huge inefficiencies at the agency  while employees wait on approvals to spend funds critical to the function of their job.

Governor Tate Reeves was able to work around the budget lapse by escalating federal funds that the DMR manages. The DMR has ample funding from federal sources; however, their spending authority has been severely hampered without a budget.

Bailey Martin: What is the revenue loss?

Bradley: Revenue loss is a bit hard to calculate at this time. You have losses in revenue from the seafood industry not being able to purchase licenses on time resulting in loss of production. You have lost revenue for everyone and every city depending on the Tidelands/GOMESA-funded projects that have contractual obligations with contractors and penalties for late payments/services. You have losses in business and tourism revenue from the shortened recreational red snapper season. I can’t put an exact dollar figure on the losses, but I will say that the longer time goes on without a budget for DMR, the more the revenue losses will be.”

Bailey Martin: How is this impacting the seafood industry right now?

Bradley: When the legislature first convened without a budget for DMR back in June 2020, the agency had to close its doors for 5 business days and furloughed all employees. This came right at a time when our commercial fishing licenses were expiring and needed to be renewed. Without being able to renew their licenses, many commercial fishermen had no choice but to stay tied to the dock, missing several days of work in our most profitable time of the year (shrimp season).

Currently, the fishing community (including commercial, charter, recreational, processing, bait/tackle, etc.) is currently awaiting critically needed disaster relief from two sources of federal funds. The first pot of funds is from the 2019 Bonnet Carre’ Spillway disaster. Your readers may recall the devastation that this event caused to the Coast seafood industry last year. Approximately $21.2 million in disaster funding has been awarded to these fishing communities in Mississippi by Congress and allocated through the National Marine Fisheries Services.

Additionally, Mississippi received approximately $1.5 million is COVID-19 fisheries disaster relief for fishery participants negatively impacted by the coronavirus pandemic. Without a DMR budget that gives the agency spending authority, these critically needed relief funds have been delayed and will sit idly on the shelf. These coast communities desperately need these funds as they struggle to recover from the fishery disaster in 2019 and the COVID-19 pandemic in 2020.

Bailey Martin:  How do you feel this money should be appropriated?

Bradley: I, and the majority of the fishing community (commercial, charter, and recreational fishing), think that the DMR’s budget should be funded the same way it has always been, by giving the Governor spending authority over the GOMESA funds. For starters, it is our opinion that it is extremely bad timing to try these types of strong-arm negotiations mid-session, leaving a very important state agency without a budget after the start of a new fiscal year. Second, no one can deny the fact that Governor Tate Reeves was elected with the overwhelming support of the majority of South Mississippi. It is safe to say that the residents of South Mississippi have full faith in Governor Reeves to make good decisions for not only the Coast but all of Mississippi and at least he deserves a chance to prove himself. To take the Governor’s GOMESA spending authority away in his first year as Governor does not even give the man a chance.

The post Legislature will reconvene to take up DMR: How is lack of a budget impacting the fishing industry? appeared first on News Mississippi. 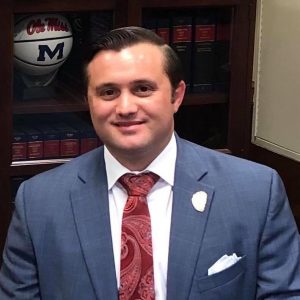