According to unofficial reports, it appears there may be runoffs in all four special elections held Tuesday to fill open legislative seats.

House District 66, in Hinds County, was held by Jarvis Dortch who resigned in early July.  Dortch was later named as the Executive Director of the ACLU in Mississippi.

In House District 37, according to The Commercial Dispatch, Lynn Wright and David Chism will face each other again in a runoff.

House District 37, which covers Clay, Lowndes, and Oktibbeha counties, was previously held by Gary Chism of Columbus, who retired on June 30th.  Chism had served in the legislature since 1999.

WCBI reports, in Senate District 15, Bart Williams and Joyce Meek Yates will compete for that seat.

Senate District 15, which includes portions of Oktibbeha, Choctaw, Webster, and Montgomery counties, was held by Gary Jackson of French Camp.  Jackson, who left the Senate in late June citing health concerns, had served for 17 years.

In Senate District 39, The Daily Leader shows Bill Sones and Jason Barrett possibly lining up for a runoff.

Senate District 39, which encompasses Copiah, Lawrence, Lincoln, and Walthall counties, was held by Sally Doty of Brookhaven until she resigned in mid-July.  Doty was then appointed by Governor Tate Reeves as Executive Director of the Mississippi Public Utilities Staff. 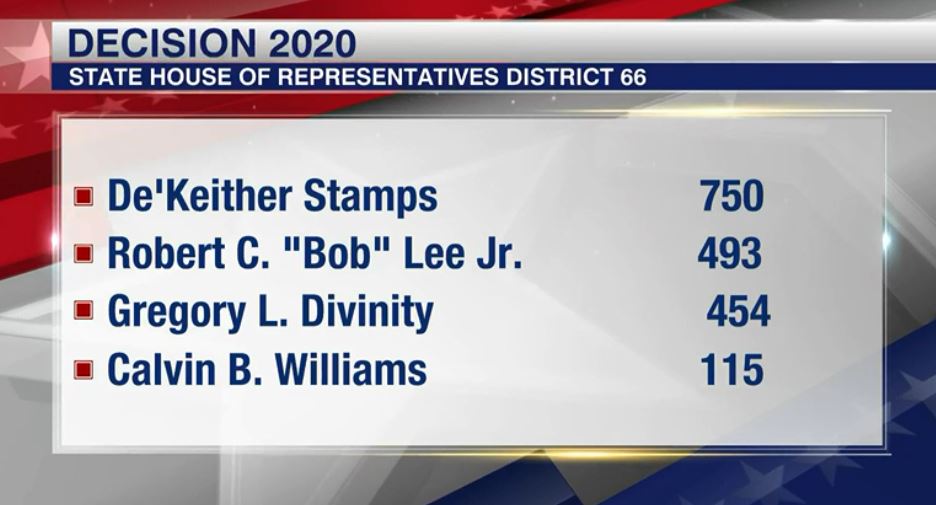