On December 5, 1982, a child’s body was found floating in the Escatawpa River.  She was referred to as “Baby Jane Doe” and “Delta Dawn”, but through the wonders of DNA technology, the little girl has been identified.

At a press conference Friday, Jackson County Sheriff Mike Ezell said the child, who was 18-months-old when she was found, is Alisha Ann Heinrich.  It is also now known that the name of the child’s mother is Gwendolyn Clemons.

It took years to unravel the mystery. But because of the investigators who never gave up on the case, the answers are finally beginning to evolve.

Just last year, Alisha’s DNA was provided to a lab in Texas to determine if a suitable sample could be used for a genealogical search.  It worked and led investigators to the mother’s family in Missouri.

It was discovered that Alisha was last seen with her mother Gwendolyn on Thanksgiving of 1982 in Joplin, Missouri. Gwendolyn reportedly told family members that she and the baby were leaving with an unidentified man to start a new life in Florida.  The family never saw them again, but Ezell said they assumed that Alisha and Gwendolyn were still alive.

On December 3, 1982, witnesses came forward and reported seeing a woman carrying a small child on I-10.  Another witness stated there was a lot of CB radio chatter about a woman with a child, appearing to be in distress, but refusing help.

It was the morning of December 5, 1982, when a truck driver reported seeing a woman’s body in the Escatawpa River.  While searching for the woman, authorities discovered Alisha. An autopsy revealed her official cause of death was determined to be drowning.

A woman’s body was never found and Ezell said it is not known if the child’s mother is still alive.

As for the man they were with when they left Missouri, he is deceased.  Ezell said from information just recently obtained, the man returned to Missouri without Gwendolyn and Alisha.  He is a suspect, but will not be identified as they are working to put the pieces together.

Ezell said the investigation is ongoing and anonymous tips are encouraged.  Information about the case can be provided to the Jackson County Sheriff’s Department at 228-769-3036 or Mississippi Coast Crime Stoppers at 877-787-5898. 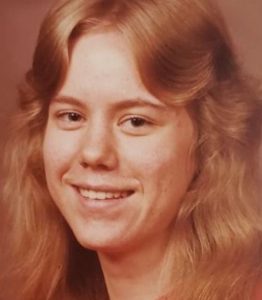